Legendary is the second book in the Caraval series. Please be aware that there will be spoilers from the first book here.

A heart to protect. A debt to repay. A game to win.

After being swept up in the magical world of Caraval, Donatella Dragna has finally escaped her father and saved her sister, Scarlett, from a disastrous arranged marriage. The girls should be celebrating, but Tella isn’t yet free. She made a desperate bargain with a mysterious criminal, and what Tella owes him no one has ever been able to deliver: Caraval Master Legend’s true name.

The only chance of uncovering Legend’s identity is to win Caraval, so Tella throws herself into the legendary competition once more—and into the path of the murderous heir to the throne, a doomed love story, and a web of secrets…including her sister’s. Caraval has always demanded bravery, cunning, and sacrifice, but now the game is asking for more. If Tella can’t fulfill her bargain and deliver Legend’s name, she’ll lose everything she cares about—maybe even her life. But if she wins, Legend and Caraval will be destroyed forever…

Welcome, welcome to Caraval . . . the games have only just begun.

I’m going to reveal what I feel is a more unpopular opinion and say that… I liked Caraval more? While Legendary was still an enjoyable read, I think Caraval felt fresher and more exciting, and I’ll go more into this in a bit.

Legendary picks up right where Caraval ends, only this time we get to read from Tella’s perspective, for it turns out that there is much she has not told her sister. Tella may have gotten their father off her and Scarlet’s backs and ended the engagement, but Tella still has a debt to pay—and their mother to find.

The criminal she owes her debt to wants Caraval Master Legend’s true name, and in order to find it out Tella must participate in the upcoming Caraval, and win it. This next Caraval takes place in honor of Empress Ellantine’s birthday, in the capital, so she and her sister travel there. Once the game begins, however, Tella finds that the stakes of this game are much higher than she anticipated. Is it possible that this time, it really is more than a game?

As Tella plays, she meets the dangerous heir to the throne, falls in love, uncovers secret upon secret… and finds herself faced with a difficult choice that could change things not only for herself, but for the entire world.

Okay, so I will say that Legendary has a whole nother layer to it that was barely hinted at in the first book, and it was really cool to learn all the new things! But somehow, I felt that this book was slower. Maybe because the focus has shifted mostly out of Caraval itself, it may be that I was missing more of those twists that I loved in the first book—always scrambling to find out what was real and what wasn’t.

I don’t mind a slower paced book, however. I love seeing character development, so if you give me enough to go on in that aspect, I’m good to go. But while Tella has her own character, the people around her fell flat. To be more specific—it’s like all the men had the same personality. Now, in the first book, Julian was one of those arrogant, lazy, personality types. In the first book, he was the only one like that because Julian was the “main” side character and we didn’t meet many of the other players.

Then, in the second book, it turns out that… Dante, too, is also arrogant, cocky, and full of himself. Guess what? So is Jacks (another prominent character in the book). That, I think, is what bothered me the most about this book. It made it not so interesting anymore. They all seemed so similar. It might be because of this that I wasn’t as into Tella and Dante’s romance, because it wasn’t that special. I could already see where it was going to go each step of the way.

I was also, again, wanting more of the sisterly relationship. Scarlet and Tella are supposed to be really close, but then they are incapable of talking things out and actually trusting each other. I suppose this is a conscious choice in an attempt to add more mystery and tension, but instead it made me wonder if they really are close or not. Tella considered telling her sister what was going on sometimes, but it seems her belief in their sisterly love wasn’t enough to bring Tella to confide in Scarlet.

I really hope that the last book will have both of their perspectives, and that they will work together! 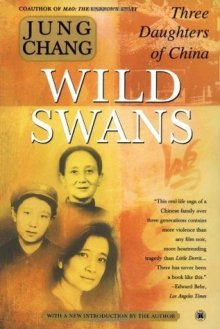